Excellent care for you and your family 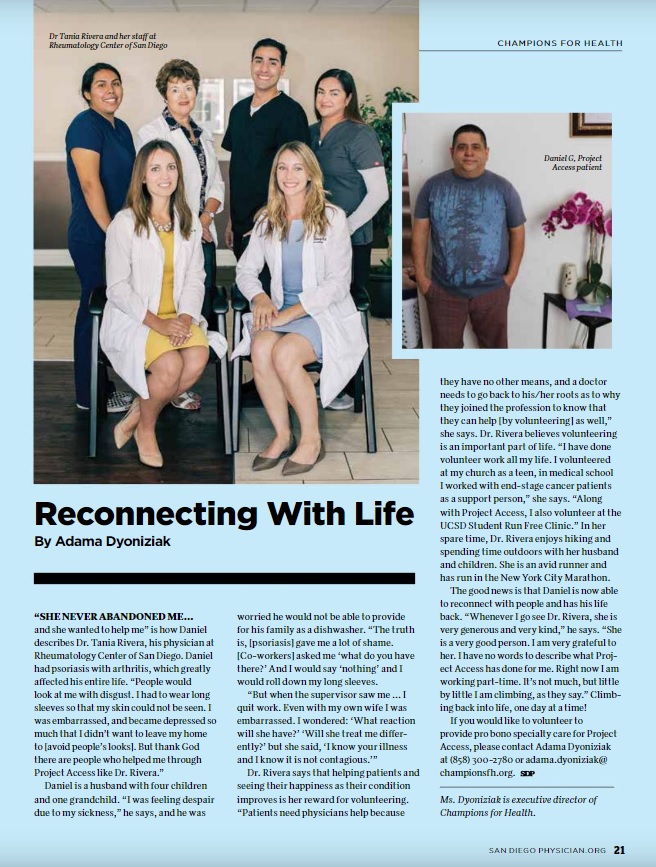 June 2019. Dr Tania Rivera was featured in Giving Back Magazine for her work as a volunteer rheumatologist for Project Access. 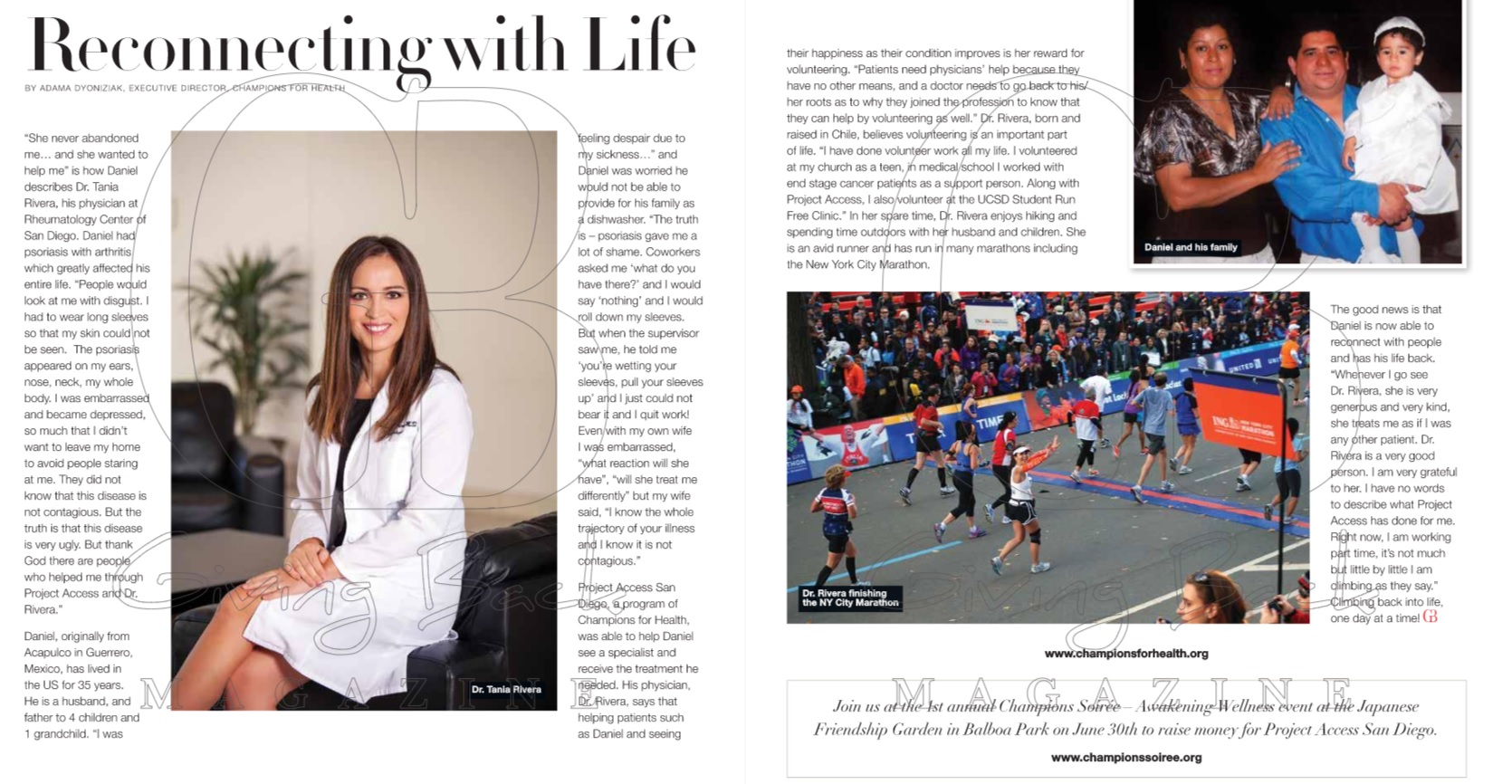 May 2016. Interview for Mexican channel Univision for LUPUS AWARENESS MONTH

For subtitles in English please activate closed caption by clicking on CC on the right lower corner of the video.

June 2015. Dr Tania Rivera as Medical Honoree for the 2015 Walk to Cure Arthritis in San Diego. Be aware of your body. Think about how the particular exercise is making you feel.